Opal has been planning to go to Chicago and join the Midwest’s superhero team, the Sentinels, since she was a little kid. That dream took on a more urgent tone when her superpowered dad was unjustly arrested for protecting a neighbor from an abusive situation. Now, she wants to be a superhero not only to protect people, but to get a platform to tell the world about the injustices of the Altered Persons Bureau, the government agency for everything relating to superpowers.

But just after Opal’s high school graduation, a supervillain with a jet and unclear motives attacks the downtown home of the Sentinels, and when Opal arrives, she finds a family on the brink of breaking apart. She meets a boy who’s been developing secret (and illegal) brain-altering nanites right under the Sentinel’s noses, another teenage superhero-hopeful who looks suspiciously like a long-dead supervillain, and the completely un-superpowered daughter of the Sentinels’ leader. Can four teens on the fringes of the superhero world handle the corruption, danger, and family secrets they’ve unearthed?

*I would like to thank Shealea of That Bookshelf Bitch for including me in the tour and providing me a copy. This does not affect my opinion of the book and the opinions expressed in this review are completely my own.

Captain America, Wonder Woman, and Batman are just some of the superheroes we know by heart because of these movies we’ve watched through the years. But in Secondhand Origin Stories, we have four queer teenage superheroes;  Opal, Issac, Jamie and Yale.

What made the story more interesting is that these characters, these young superheroes are diverse, from LGBTQ to POC to PWDs. Like any other human being, they also have their own needs and wants, they are not perfect like the superheroes we know, making it more realistic. The story is also about acceptance when they thought their own families and loved ones may not accept them as who they truly are because of other people’s expectations about them. Even though we have four protagonists, the author made sure that each of them has their own light and that they don’t overlapped each other’s characters.  I adore each character as they are unique and lovable, you actually feel for them and you root for them. My favorite would definitely be Yael.

As diverse it can be, there are some other issues presented in the book that could actually trigger other readers especially with the ableism and systematic racism. It would be better to have have a trigger warning on the book so that others would be aware of. Aside from that, overall I love the story, it was so family oriented and you’ll learn a lot of things from each of them and how they dealt with certain things. I can’t wait to read the next book in the series. After about a decade of drawing comics independently or with small presses, Lee started writing prose out of a combination of peer pressure and spite, then continued out of attachment to their favorite made-up people. They live in Minnesota even though it is clearly not a habitat humans were ever meant to endure, with their lovely wife/editor, the world’s most perfect baby, and books in every room of the house.

If you like categories, they’re an ENFJ Slytherin Leo. If you’re looking for demographics they’re an agender bisexual with a couple of disabilities. If you’re into lists of likes: Lee loves comics, classical art, round animals, tattoos, opera, ogling the shiner sciences, and queer stuff. 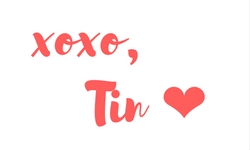 Tin is a 20 something bookworm from the Philippines. She loves to share her bookish thoughts here in this blog and loves to take photos of her books that you can see on instagram.

When she have time she also loves to travel and for her reading is another way of travelling to different worlds. ❤

Cup of Coffee for The Book Maiden?

One coffee will go a long way. All coffees given will help Tin keep this blog active and running.